Full Name
Kit Gray
Job Title
President
Company
PodcastOne
Speaker Bio
Kit Gray is an innovative entrepreneur and co-founder of PodcastOne, the nation’s largest podcast network and home to more than 200 household-name celebrities, athletes, and podcast stars. Creating the company in 2012, Gray was one of the first people to recognize the potential of the podcast medium, and developed a network-talent partnership structure that has been the model for many companies, large and small, over the last several years. The company quickly advanced into an eight-figure business.

Gray’s success caught the attention of legendary broadcast leader and founder of radio network giant Westwood One, Norm Pattiz, and they partnered in 2012. Together, they have built a company that is changing the world of digital audio, growing at rapid speed, and building a prime platform for big-brand advertisers. Kit has helped draw demand across the medium, from both consumers and advertisers.
In addition to an entrepreneurial spirit and love for the evolution of on-demand digital audio, Gray brings over ten years of sales representation experience in traditional spot terrestrial radio sales, network radio sales, national radio sales, mobile content sales and online sales, and is now a proven sales leader in the podcast medium where over 60% of their business lives in the Direct Response world.

Kit has worked with media agencies in Los Angeles, Chicago, New York, San Francisco, San Diego, Dallas, Houston and Boston. In 2005, he was named Seller of the Year for Katz Media Group, a subsidiary of iHeart Media. He was the first person to sell a mobile advertising campaign for Verizon Wireless EV-DO network called Amp'd Mobile in 2007, and was the first person to sell an online digital streaming network for Clear Channel's Digital in 2009.

Kit Gray has an MBA in finance from Crummer Graduate School, and he studied Environmental Studies at Rollins College in Winter Park, Fl. He lives happily on the beach in Marina Del Rey with his wife Pam, son Jack, daughter Lia and dog Gracie. 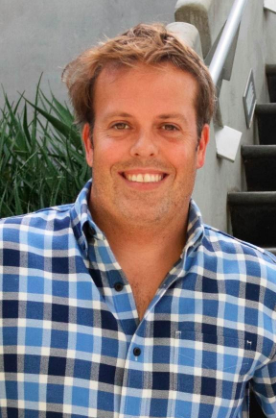