Full Name
Bomani Jones
Job Title
Host & Commentator
Company
ESPN
Speaker Bio
Bomani Jones is a multi-platform host and commentator at ESPN. He has hosted his ESPN Audio podcast, The Right Time with Bomani Jones, since it premiered in April 2018. Offered two times per week (Tues. & Thur.), Jones expands on and adds to the familiar elements – including his thought-provoking takes on the hottest issues in sports – from his former ESPN Radio show. The show also regularly features guests from entertainment and media industries and more.

Known not only for insightful sports commentary, but also for his impactful conversations on social topics, Jones regularly appears across ESPN’s studio programming, including as a panelist on Around the Horn and has appeared on other programs at the network, including SportsCenter, First Take and Outside the Lines. He also often joins ESPN Radio’s The Dan Le Batard Show with Stugotz.

Prior to that, Jones hosted the daily ESPN television studio show High Noon, alongside co-host Pablo Torre, from 2018-20. In March of 2015, ESPN Radio launched The Right Time with Bomani Jones, which aired at 4 p.m. ET. The three-hour program showcased Jones’ provocative opinions, relevant guests, and listener interaction while discussing topical issues. The show was based in Miami and ended in December 2017, as Jones pivoted to concentrating on his television show with Torre and his podcast.

He was a full-time co-host of ESPN’s Highly Questionable from May 2013 until June 2017. Jones started his relationship with ESPN as a columnist for ESPN.com and has been contributing to ESPN as a writer and commentator since 2004.

Beyond his work with ESPN, Jones also hosts The Evening Jones, an interactive webcast. The Atlanta native, who grew up in Houston, has also previously written for SBNation.com, contributed videos to The Score in Canada and was a talk radio host in Raleigh, N.C. While in North Carolina, he was an adjunct professor at both Duke and Elon Universities.

Jones appeared in two sports documentaries on HBO: “The Battle for Tobacco Road: Duke vs. Carolina,” and “Runnin’ Rebels,” about basketball at UNLV. He also was in the A&E “Biography” of Michael Jackson. 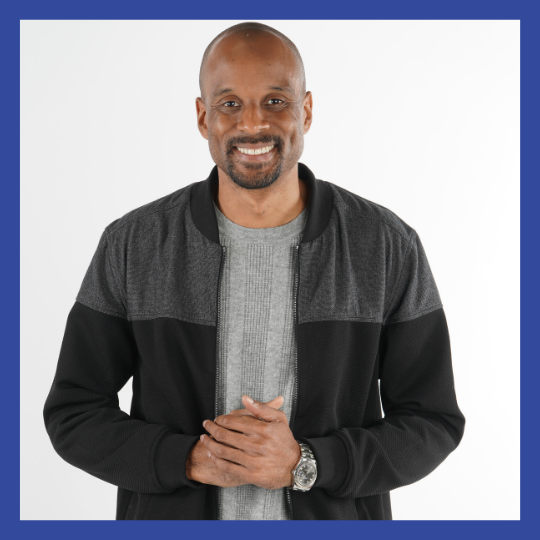