Full Name
Daisy Rosario
Job Title
Executive Producer
Company
Stitcher
Speaker Bio
Daisy Rosario is an Executive Producer for Stichter where she is overseeing the creation of her label tentatively titled, Swing. She launched “All-American: Tiger” and “The Distraction” and served as EP for long-running shows The Sporkful, By the Book, and Unladylike.

Previously, Daisy was the managing producer of podcasts for WAMU 88.5. She oversaw the development and launch of the podcast What’s With Washington. Daisy also acted as lead instructor for The Pod Shop, WAMU’s incubator initiative. She worked with the cohort (chosen from over 500 applicants) to develop and produce original pilots for six new shows.
She went to WAMU from 60dB, an app that creates personalized feeds for users. 60dB was later acquired by Google.

Before 60dB, Daisy launched the podcast Sooo Many White Guys, hosted by Phoebe Robinson for WNYC Studios. She is also a former senior producer for the weekly NPR-distributed show and podcast, Latino USA. In addition to overseeing Latino USA, Daisy reported on health, science, issues of race and identity as well as “geek culture,” and much more. She also acted as a guest host, filling in for anchor Maria Hinojosa.

Daisy interned at Radiolab and in the newsroom at WNYC. Her story “Child of Trouble” was featured in the Peabody-Award winning season of The Moth Radio Hour. She also regularly appears as a “fourth chair” on NPR’s Pop Culture Happy Hour and she performs monthly at CPT: Comedy People’s Time, an improv and stand-up show in New York City. 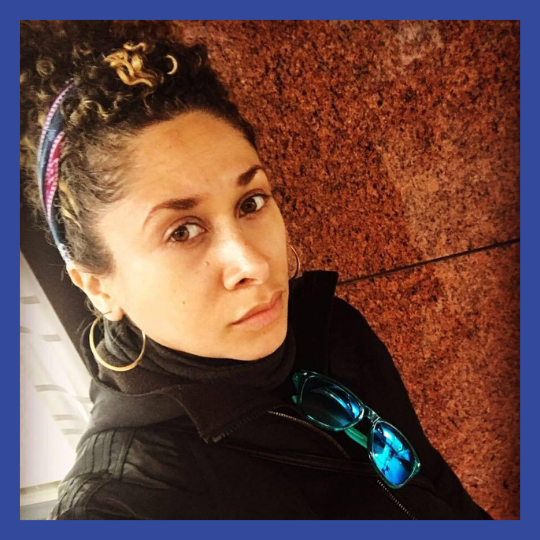