Corcoran’s vision led to the creation of Ramble, a podcast network of some of the most influential digital stars in the world.

Corcoran is the Creator and Executive Producer of the Peabody-nominated C13Originals studio, home to such critically acclaimed podcast documentaries as Gangster Capitalism; Long May They Run; Once Upon a Time…in the Valley; Relative Unknown; Hope, Through History; and The Edge, an investigative documentary on the Houston Astros.

Corcoran created and developed the concept for C13Features—a pioneering podcast feature studio focused on creating a wide-ranging slate of compelling feature-length fictionalized stories of all genres that appeal to a wide audience—and will serve as executive producer for all productions/features and lead the new studio. 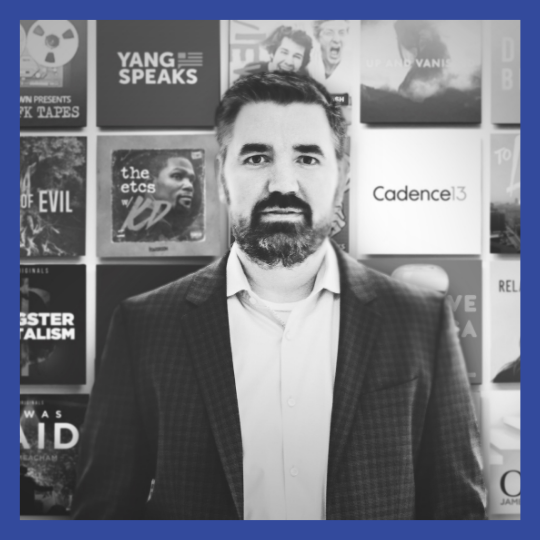